The UNI-SCAN Bluetooth with 10pin adaptor cable to suit BMW motorcycles. This kit allows you to use the motoscan app to access functions and faults on your bike. Giving you a BMW dealer style tool! With a high quality micro-chip manufactured in the USA and a cable made from professional automotive materials you can be ensured of the quality. Check why your check light is on and diagnose where the fault is coming from – View real time data and reset service intervals. 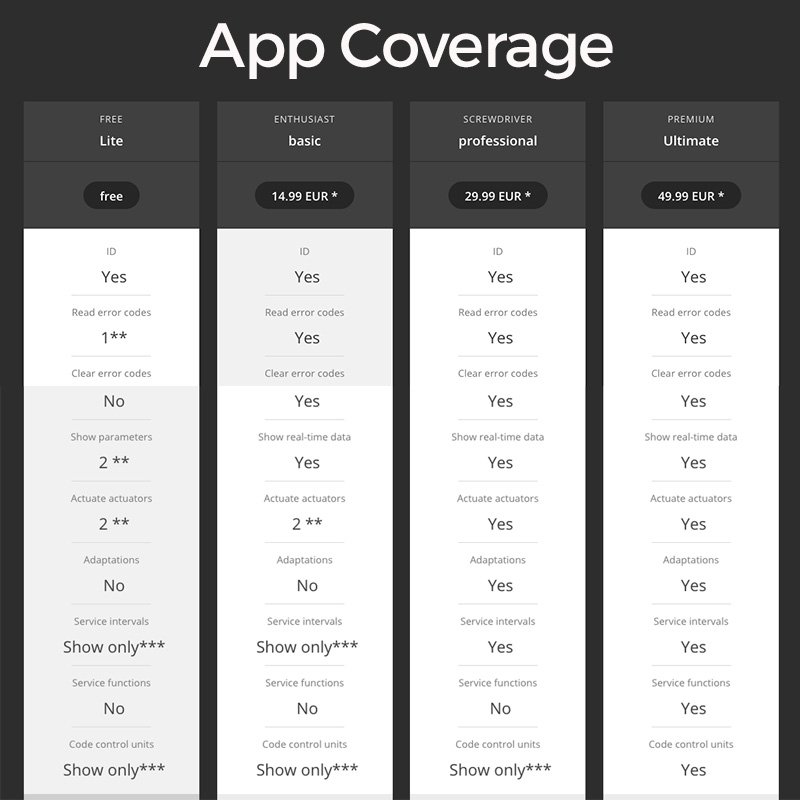 BMW Motorcycle Scan Tool that saves you $$$ and trips to the dealer – Functions may differ depending on the bike model and equipment. Likewise, the scope of individual control devices is different. The app is constantly under development and number of functions grows with every update.

The following functions are available:

Please note: The app is free at the basic version and then for pro version and features it does have a cost.
Is levels are from $25 – $80 depending on the level you need. Still the cheapest way to access your bike and these dealer style features.

My bike does not have the 10 pin plug but has a 16 pin one?
Yes bikes newer than 2017 have gone to a normal 16 Pin plug if this is the case you do not need the cable. As the cable was for older 10 pin bikes. Still handy to have if you have friends with BMW bikes.